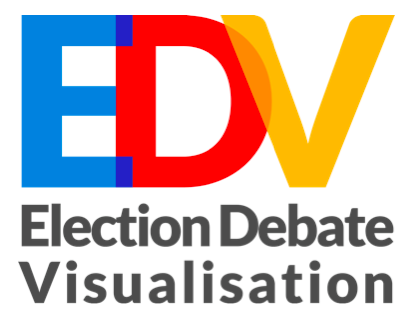 During the 2010 UK general election, the first ever televised Prime Ministerial debates took place. University of Leeds and KMi research investigated public reaction to these debates, the roles they may play in democratic engagement, and the potential of mapping the debates visually. In 2015 the next election is expected, providing the opportunity to investigate how new kinds of knowledge media can deliver completely new ways to replay the debates and engage with the arguments at stake.

Funded by the EPSRC, this joint 3 year project has just kicked off jointly with University of Leeds (led by Stephen Coleman, Professor of Political Communication at the Institute of Communications Studies, with Giles Smith and Paul Wilson), and will investigate novel approaches to making the debates replayable for citizens, using their input to shape requirements, and computational techniques to analyse what happens in the debates.

University of Leeds coordinated in-depth research into citizen reaction to the televised debates (Leaders in the Living Room: PDF). This showed that:

Thus, while there was a significant public appetite for this means of learning about the candidates and their policies, many viewers were left feeling uncertain about the meaning of and relationship between the competing arguments they had witnessed.

Based on KMi’s real time mapping of the debates, and drawing inspiration from other projects that experimented with augmented TV replays, the project will develop a web application offering user interface visualizations of the debate replays, novel analytics on the argumentation, making the argument analysis available as open data for others to render or mash up in new ways. Extensive focus groups and user evaluations prior to, during and after the election will advance our understanding of how to make complex societal debates more accessible.