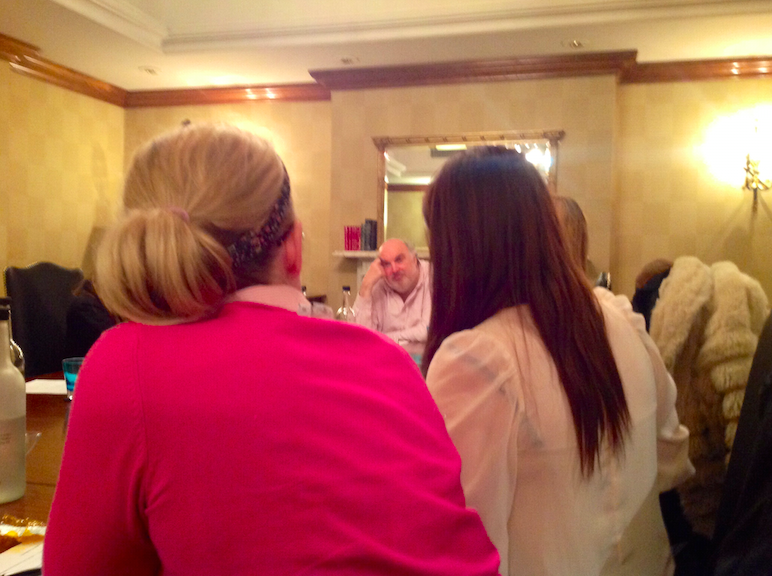 The Leeds team (Stephen Coleman, Giles Moss and Jennifer Carlberg) have conducted a series of twelve focus group interviews, with groups ranging from the politically disengaged to party supporters to ask them about their experiences of the last televised elections debates in 2010 and how they think they can be improved next time. The aim is to identify some key themes – some of which will relate to all people and others to certain groups – and then to theorize how the informational and communicative capabilities of citizens might be served by new forms of election debate visualisation. A full report of the findings will be made available, but here are some brief reflections on what focus group members said:

i) People who watched the debates found them helpful in understanding the policies of the main parties and the characters of future Government leaders (there was a demand for both).

ii) Some people found the debates hard to follow and many believed that the debaters were being too strategic and didn’t work hard enough to be clear about their records or the ramifications of their policies. Several participants expressed concern about being addressed in ways designed to confuse and manipulate, but linked this directly to a desire to be able to scrutinise rhetorical and non-verbal strategies adopted by speakers and relate these to the speakers’ implicit values or explicit claims.

iii) Most people wanted a way of scrutinising claims made by the debaters and checking facts – especially when they related to their own lives. They were eager to have opportunities to evaluate political claims with reference to compelling background information, counter or correct false political claims, and evaluate the congruence between what is said by each speaker in the debate and the speaker’s integrity as a political actor. In short, they wanted help in understanding the meaning, background and historical record of political claims.

iv) Many people wanted to know more about the party leaders: where they came from; how they arrived at their political values; how far their actions and words were consistent.

v) Many participants were keen to have a sense of involvement in the proceedings and their broader consequences, including public discussion (live or after the event) and scope for efficacious action. They were particularly concerned to ensure that questions came at the debaters from as broad a range of people as possible without them knowing what to expect. While some participants wanted to see instant feedback from the public during the debates, most seemed  not to be very concerned about creating new ways of or spaces for discussing the debates; they felt that social media already provide that.

vi) Participants wanted opportunities to tell the speakers about their lives, values and preferences. In particular, they wanted to see how claims made in the debates affected their regions and their personal lives. Several also favoured making short films, giving the debaters an insight into their lives – or having the debates targeted to socio-demographics rather than policy themes.