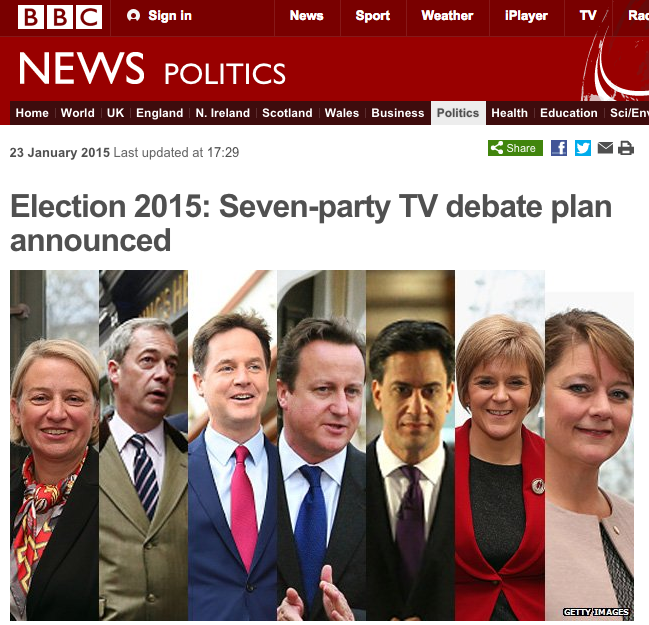 The latest proposal from the broadcasters is encouraging. Two of the debates will involve seven parties that might end up playing a part in some sort of post-election coalition or pact. This reflects the extent to which the idea of coalition politics has become embedded over the past five years. In 2010 the televised debates were called ‘Prime Ministerial Debates‘; in 2015 people are being invited to watch with a view to thinking about which parties might be able to work together in the likely event of a hung parliament. 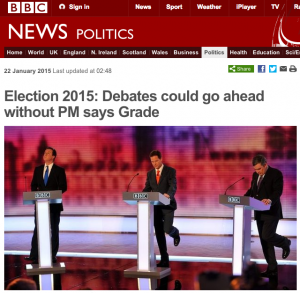 I commend the broadcasters for having the courage to state that they’re prepared to go ahead even if one of the parties refuse to participate. An ’empty chair’ policy is compatible with democracy; everyone should be invited to state their case, but those unwilling to do so shouldn’t prevent the others from stating theirs.

The coming weeks will be an exciting period of testing the innovative technologies that we will be launching during and after the election.