Some of the analyses and visualisations that we aim at including as enhancements to the debate viewing experience are already available to viewers.

In a previous post, we referred to Demos‘s analysis of tweets in terms of the personality and politics of the Nick Clegg and Nigel Farage in the second EU debate. As another example, Blurrt performed real-time sentiment analysis on the tweets during the first EU debate, producing the LBC Twitter Worm. This was shown live on the radio’s website next to the video of the debate.  The radio had its own live-blogging with comments from their politics correspondents, viewers’ comments were welcome on their website and also on their Youtube channel. There was a voting systems for viewers to express positive or negatively on the performance of each leaders at different points in the debate. In addition, Full Fact checked in real time the correctness of leaders’ claims . They tweeted their findings over the course of the debate and live-blogged in a dedicated section of LBC Radio’s website.

After the debate, Full Fact produced an indexed video which allows viewers to jump through the audience’s questions. Their findings are synchronised with the video and update automatically as the debate unfolds. 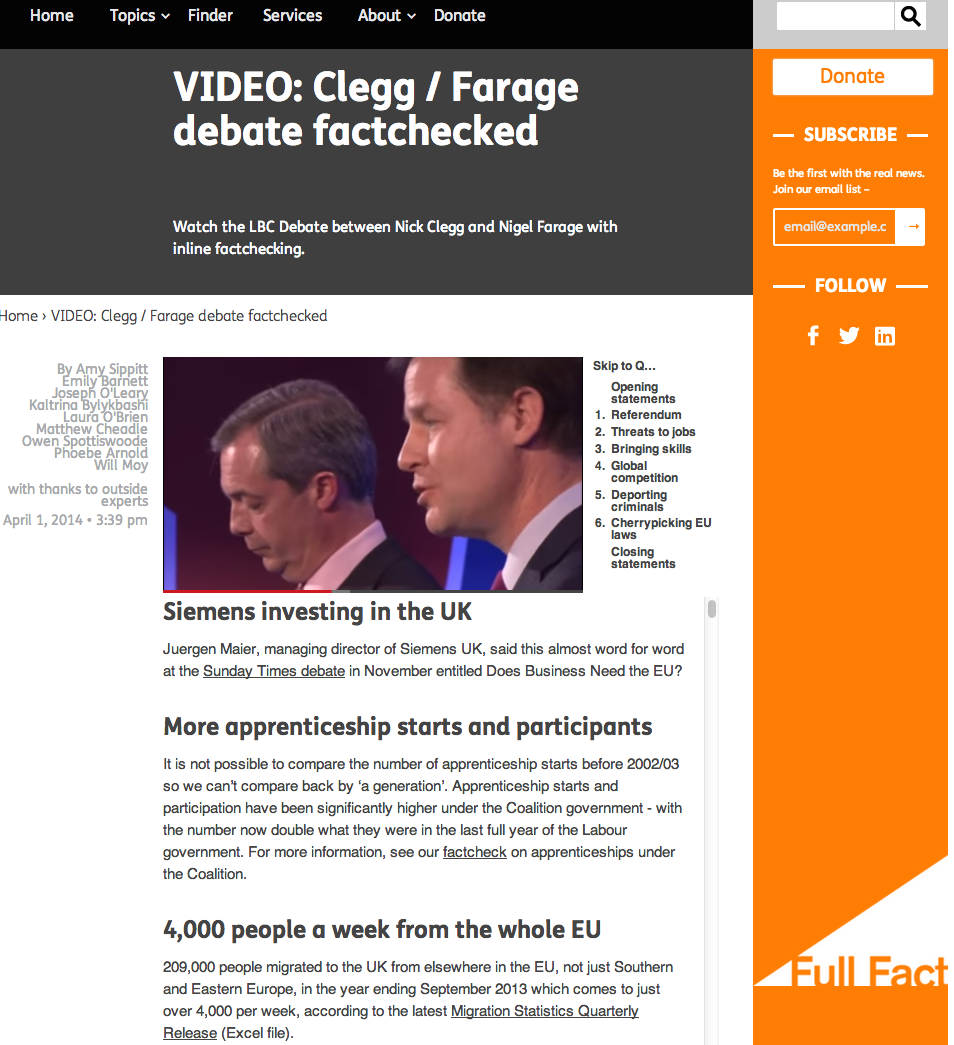 During the second debate, the BBC live-blogged political comment, select tweets and fact-checking on the politicians claims. Along the debate, these contributions were added in a single stream under the heading ‘Live Text’. The site also welcomed comments from the viewers which on occasion would be reproduced on the Live Text stream.

On both occasions, interested viewers had at their disposal a constellation of possibilities for enriching their experience. Just a few of these resources, updating constantly and independently as the debate progresses, can be overwhelming. One of our questions is then how to combine these sources of information in ways that facilitate – rather than potentially obscure – citizen’s access to the already complex debating activity. 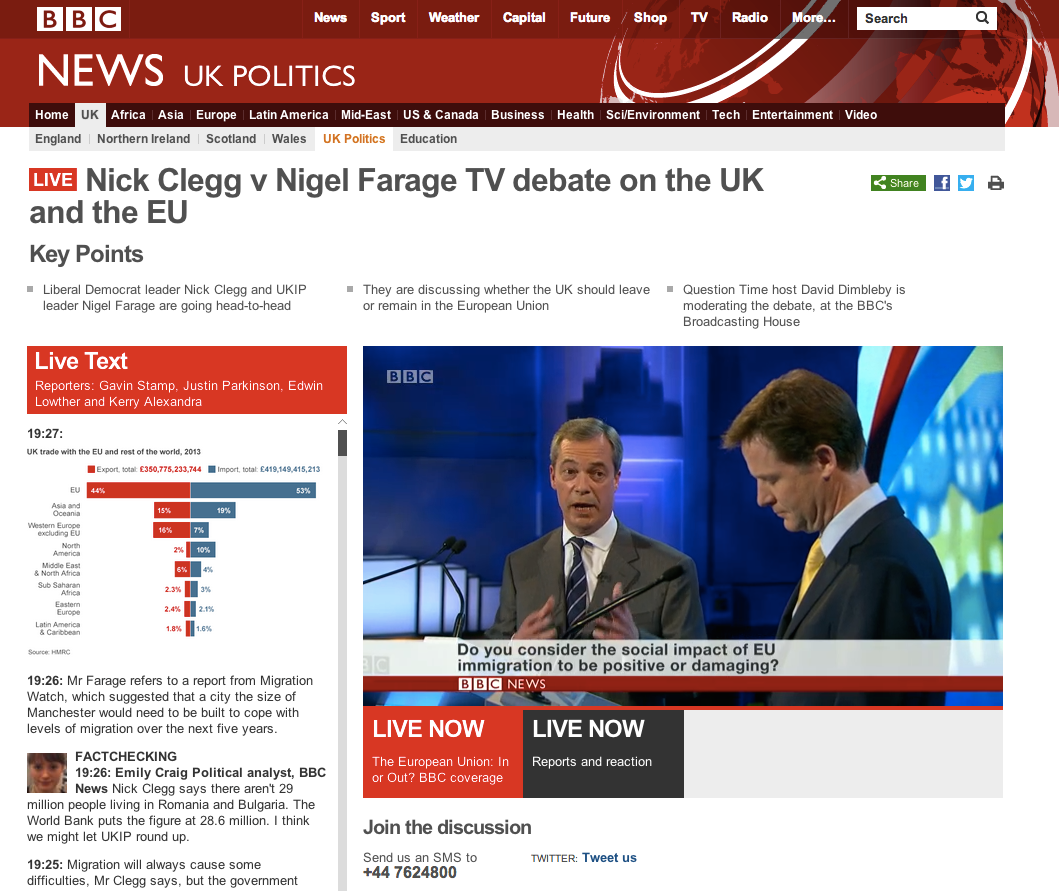