We have released the first three issues of a a series of project briefings, intended to disseminate different aspects of our research to a general audience. 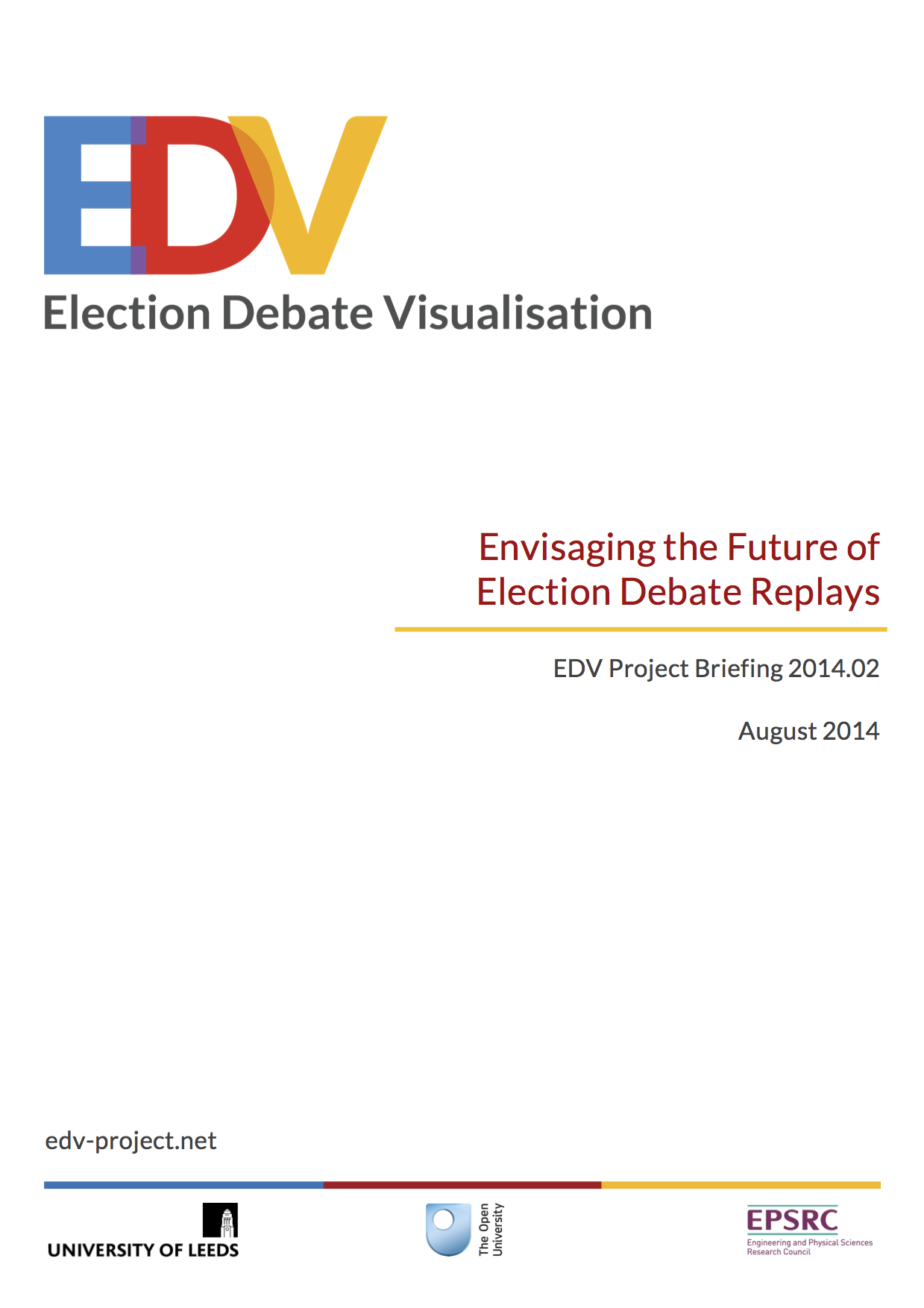 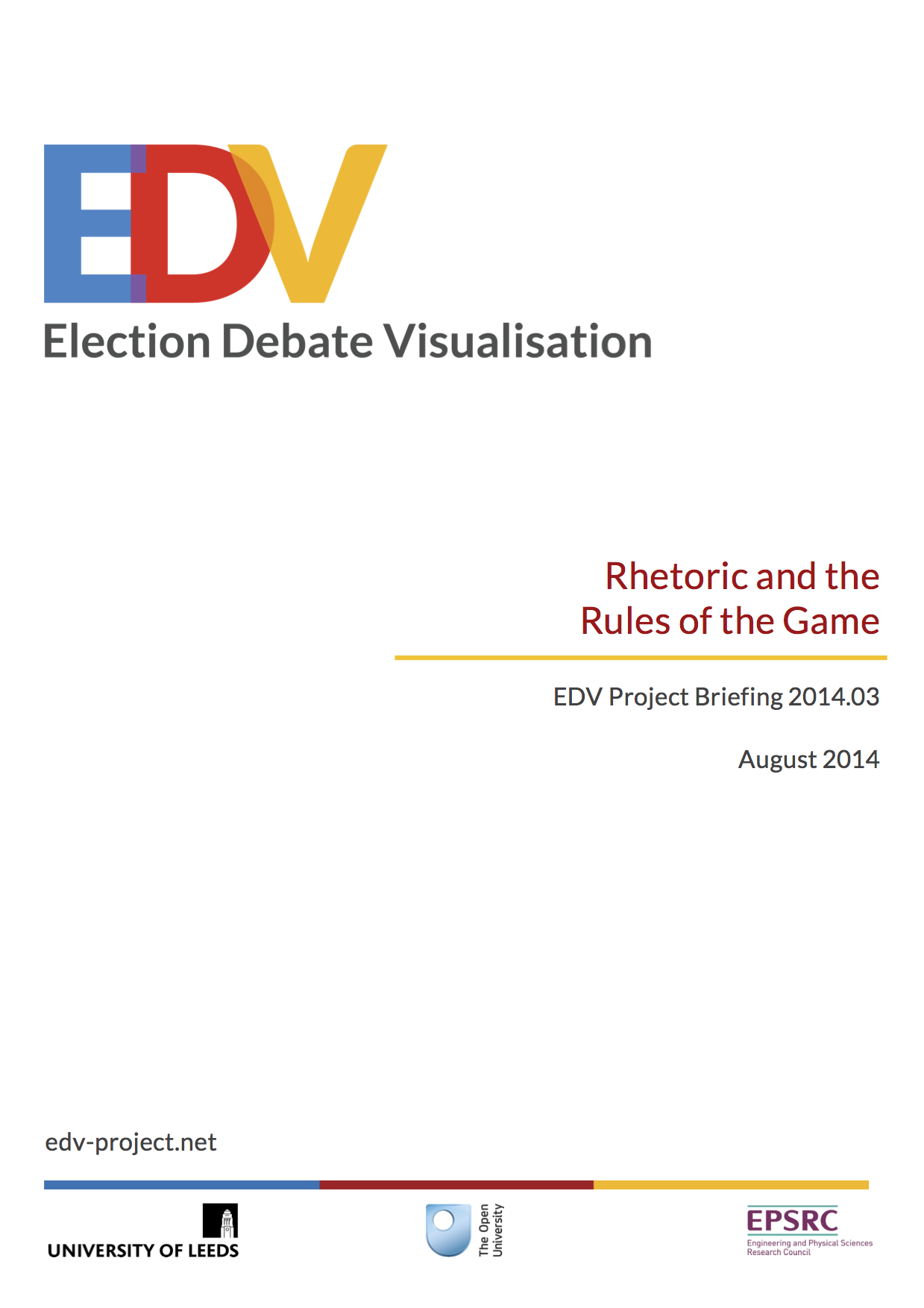 We are already working on two further issues which will be placed under Results shortly. Briefing 2014.04 describes a novel approach to letting viewers have a say during the debate. Briefing 2014.05 discusses designed visualisations as a means to enhance the viewing experience and foster voters engagement with election debates.